Brought to you by WBR Insights 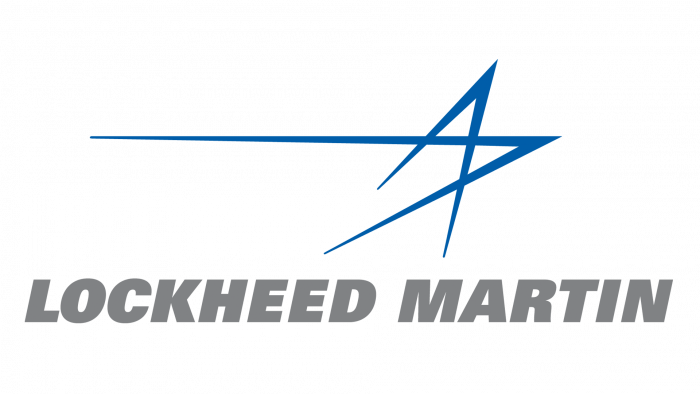 Intermittent faults in military aircraft avionics are a time-consuming and expensive issue for aviation maintenance, regularly thwarting those who operate and support aerospace and defense platforms. The main issue comes from a diagnostic perspective - aircraft that report electronics errors or failures in a working environment are later tested only to show No Fault Found (NFF).

The phenomenon can be explained simply enough. Common faults are usually caused by things like loose ribbon cables or solder joints, yet only reveal themselves to be problematic under certain conditions - such as intense vibrations or G-pulls that they're only exposed to while in-mission. The difficulty in diagnosing the root cause of such intermittent faults remains, however.

Traditional testing involves evaluating one circuit at a time using an oscilloscope - an instrument that measures the waveform of electronic signals. Herein lies the problem. As Ken Anderson, President and CEO of intermittent fault detection company Universal Synaptics, explains: "That meant that the testing had to occur at the same time as the fault, and the chances of that are just infinitesimal."

Intermittent fault anomalies are a serious issue for the US Department of Defense (DoD). In April 2019, the DoD issued a rare public memo outlining the importance of intermittent fault detection to identify and eliminate electronic failure modes and wasted maintenance. The memo outlined that electronics maintenance is a leading driver of weapon systems non-availability and accounted for over $10 billion in FY18 sustainment costs.

"It is not uncommon for up to 50% of electronic components entering maintenance to be No Fault Found; exacerbating electronics availability issues and resulting in over 278,000 days of end-item system non-availability and approximately $3 billion in non-value-added sustainment costs annually," wrote Kenneth D. Watson, Deputy Assistant Secretary of Defense for Material Readiness. "Intermittent electronics failures are a leading contributor to DoD's NFF problem; challenging us over the years by proving hard to duplicate and allusive to diagnose. With very few exceptions, our electronics test equipment is designed to address steady-state electrical disruptions; obscuring the root cause of intermittent failures."

Lockheed Martin is now trying to change that and has partnered with Universal Synaptics to make use of its intermittent fault detection technology and help the DoD achieve its goal of 80% mission-capable rates across platforms, which would save the Department billions.

Together, Lockheed Martin and Universal Synaptics are providing two solutions for intermittent fault detection in avionics and wiring systems. The first is the rack-mounted Intermittent Fault Detection and Isolation System 2.0 (IFDIS) used in repair shops. The second is the portable Voyager Intermittent Fault Detector (VIFD) - which travels in a briefcase and can be used by maintainers who walk out to aircraft to perform harness, wiring, or other quick electronics systems testing and analyses on the actual flight line.

IFDIS and Voyager are the only automated test systems that currently meet the DoD's MIL-PRF-32516 standard for intermittent fault test equipment. Compared to traditional one-point-at-a-time testing with an oscilloscope, Voyager can test up to 512 points, while IFDIS is capable of interfacing in increments of 1,280 electrical connection points. The instruments simultaneously and continuously monitor all unit under test (UUT) circuits - individually at the same time - and can detect intermittent faults that occur even as short as 50 nanoseconds (i.e. 0.00000005 seconds) in duration. "When you look at what the next-closest piece of equipment is, the shortest they can do is 17 milliseconds, and that's if they happen to be on the failing circuit at that specific moment in time," said Anderson.

Of the two, IFDIS is a particularly useful instrument. It is housed in a chamber designed to replicate some of the stressors a piece of equipment might experience in flight. This means that if, for example, a ribbon cable only comes loose during high vibrations, the IFDIS testing environment will expose the cable to those same conditions to get the fault it's looking for. The system is also capable of going beyond finding existing faults to unearth potential faults that may occur in the future - thus enabling predictive maintenance.

"Since our capability is like a neural network, if it's got 500 or 8,000 test points, it sits on all those test points and waits for something to fail and waits for it to tell you, 'On these 20 different connection points, you've got an issue,'" explains Jason Brooks, Lockheed Martin's Deputy Program Director of Support Equipment Solutions. "And it will say, 'On these next 20, you've got an issue where it's starting to get intermittent, starting to get loose, you may want to go ahead and address them.' So, it's not only solving the current problem, but it's also forward-looking."

The solutions Lockheed Martin and Universal Synaptics have developed are nothing short of groundbreaking, and Anderson is confident that an answer has finally been found for the NFF problem. The systems increase platform mission-capable rates by eliminating unnecessary follow-on maintenance and proactively addressing emerging issues. By isolating each intermittent fault, easy-to-follow maintenance actions for the maintainer can be provided, ensuring the unit is returned back to service as quickly as possible. In addition to mission-capable improvements, eliminating intermittent failures dramatically reduces sustainment costs by keeping platforms operating and by decreasing repairs and supply support.

The IFDIS and VIFD are currently being used to detect intermittent faults on F-16 Fighting Falcon, F-22 Raptor, and F-35 Lighting II aircraft - all Lockheed Martin offerings - and Boeing's F/A-18E Hornet and F/A-18F Super Hornet aircraft have also been named as targets.

"The great thing about this technology is the tester itself is agnostic; it doesn't care what it's testing," Brooks said. "It's basically just the capability testing the number of circuits. The part that's unique to each piece of equipment is the adapter that Lockheed Martin provides. A customer may want to test F-16 and F-22 at a specific site, so we'd size the tester to meet both, and the cables [for connecting to the equipment] would be different. From a capability perspective, we're doing everything proactive to look at production lines on Voyager, IFDIS, and connector equipment, to make sure we're ready for when orders start pouring in. [...] There are many in the US government and foreign governments that want this capability right now."

Download the Agenda today for more insights and information.